The culmination of every Destination Imagination tournament season is the 1,200 top-performing teams coming to Global Finals, there year held in Kansas City, MO. Included were 29 Granite State Teams. 9 of those 29 teams finished in a Top 20 position in the World, competing against teams from nearly every state and 16 countries.

In addition two New Hampshire volunteers were recognized for their contributions to the organization. Steve Greenwood was presented with the DI DIamond Award for lifetime contribution 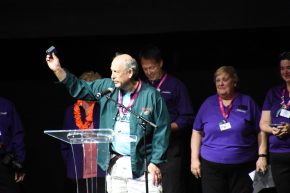 to the technology and scoring abilities of Destination Imagination globally, and NH-DI Alumni Jake Oudheusden was presented with the Red Tie award, which is presented by the DI Alumni Council to outstanding alumni who were once on teams and now contribute to the organization at an exceptionally high level.

Top 20 finishes in New Hampshire include the Dover DI, Long Distance team, who scored the highest Instant Challenge score in the Engineering Challenge at the Secondary Level. Here is the complete Top 20 list: 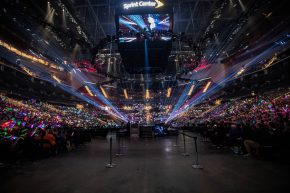 Destination Imagination teams compete in creativity, collaboration and problem-solving Challenges based in STEAM principals (Science, Technology, Engineering, Arts, Math). Teams must solve their complex challenges on a budget and timeline, and all ideas, creation and building their solutions are strictly done by the teams. This process leverages their education and provide Future of Work skills for any field of study they choose.