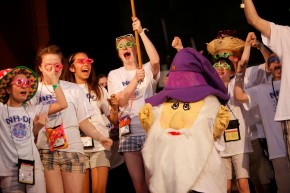 This is Team New Hampshire for Destination ImagiNation Global Finals 2012.

These teams will represent New Hampshire competing within their Challenge and age level at Destination ImagiNation Global Finals from May 23-26, 2012 at the University of Tennessee in Knoxville. Teams will compete with teams from virtually every state and Canadian province, as well with teams from at least 12 other countries including China, Korea, the U.K., Poland, Brazil, Mexico and Argentina.

Scroll for a list of teams and team pages.

Photos album of Team New Hampshire is live  or click below on specific teams with photos and information.