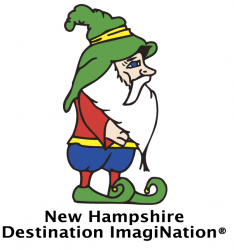 After several weeks of creative problem solving tournaments, 115 New Hampshire student teams are just one competition away from representing the state at the ultimate “kids hands on, adults hands off” competition: Destination Imagination Global Finals.

These teams started work in the fall, selecting a Challenge that combines research, teamwork and creativity with core school subjects and an emphasis in the arts, science, technology, engineering, math or service learning. Every aspects of the team solution must be strictly “owned” by the teams. These solutions are appraised for creativity, teamwork and other elements. Teams compete within their selected challenge and grade bracket.

More information about the non-profit New Hampshire Destination Imagination is available on their web site NH-DI.org.

–         Results and photos will be made available as soon as possible after the event.

Who:       Student creative problem solving teams who have advanced from NH Destination Imagination regional tournaments will compete in challenges based in the arts, science, technology, engineering, math and service learning.

Why:        Top scoring teams will represent the state and compete with teams from 48 states and 15 countries at Destination Imagination Global Finals.

BEST PHOTO TIMES may be dependent on team performances. Generally will be 9AM – 3 PM

A schedule sorted by time and town will be placed on our web site (NH-DI.org/press) on Friday morning.