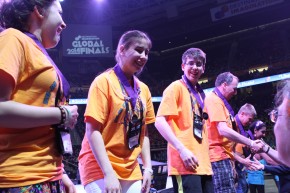 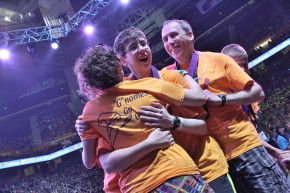 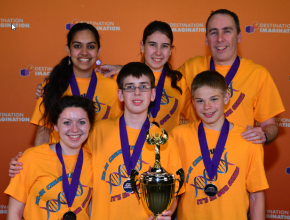 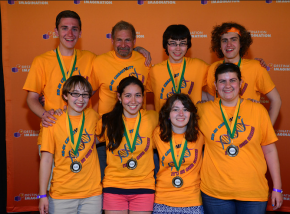 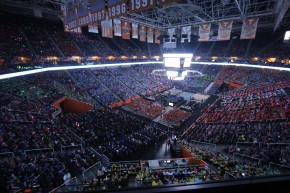 Over 1,400 teams from 16 countries competed at the University of Tennessee in Knoxville last week, with the closing ceremony on Saturday night.

Another high spot, a Pinkerton Academy team scored the highest of all teams in their age group and challenge in the think-on-your-feet “Instant Challenge” portion of the competition. On average, each team competed with over 80 Global teams.

This year, over 200,000 students in over 30 countries – and over 3,000 in New Hampshire competed in the extra-curricular activity. Team start in the fall and must work to design creative solutions to complex open-ended Challenges designed to build critical thinking, collaboration, creativity, communication and presentation skills while having fun.

More information about the New Hampshire program is available at NH-DI.org.

Below is the complete list of teams and finishes (Place, School, City, Team#):

The World’s Largest Celebration of Creativity

This year, Team New Hampshire qualifying teams will join over 1,300 teams from 48 states, 9 Canadian provinces and at 18 countries to compete from May 21 – 24, 2014 at the University of Tennessee in Knoxville.  More than 18,000 people attend Global Finals to celebrate creativity!

This year, 3M, National Geographic, NASA, the U.S. Space and Rocket Center, ThinkFun and others will be on hand at the Innovation Expo, part of Global Finals.

We will be posting regular updates at NH-DI.org and on GlobalFinals.org!

Time to Start a Team