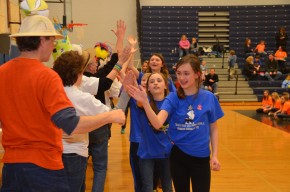 Destination Imagination, or “D.I.” student teams compete in challenges based in STEM, the arts, critical and creative thinking and problem solving skills.

Tournaments like those in New Hampshire this weekend are happening simultaneously across 40 states and in more than 15 countries and include students from elementary, middle and high school levels. The tournament sponsor, Destination Imagination, Inc., is global, volunteer-led non-profit whose mission is to teach the creative process from imagination to innovation. 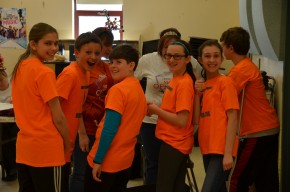 Destination Imagination creates the Challenges to call on student skills and talents in many areas, including scientific understanding, theatrical performance, technical prowess, improvisation, and structural engineering. DI teams have spent months perfecting their Challenge solutions, and their presentations typically were bursting with distinctive creativity and innovation.